The digital daily life of a diabetic

Diabetes is the widespread disease of the 21st century. However, diabetes therapy has not yet arrived in the digital age. Though, from a purely technological standpoint, it would have long been possible to reduce the physical and psychological strains of diabetics and make their lives easier. Therefore, we will examine the daily life of people with the disease and present potentials for a better user experience.

Find out more about the trends in the diabetes market

Diabetes not only leads to elevated blood glucose levels. The disease can be accompanied by many serious secondary diseases, such as nerve and kidney damage or blindness. Even regardless of possible long-term problems, diabetes can have an enormous impact on the quality of life of those with the disease. We want to approach the issue in this article, raising a specific question: How can the interaction with medical technology be designed in a way that diabetics have a positive user experience? Which technological potentials have not (yet) been exploited?

The challenge for diabetics

Diabetics see the world in numbers, values and formulas. How else would they know, for example, when seeing a piece of cake, how much insulin is required for it? Based on the amount or weight of food, the percentage of carbohydrates and therefore the absolute amount of short- or long-chain carbohydrates combined with the current blood glucose level, they have to predict how much insulin their body needs to process a certain amount of food in the body. Accordingly, they must adjust insulin levels to prevent hyperglycemia. An rtCGM device (real-time continuous glucose monitoring system) measures blood glucose levels automatically and provides the data to an app or insulin pump. However, if you do not have this technology, you have to settle for the classic version with lancing device and test strips. Diabetics use it to measure their blood glucose level up to 20 times a day. Diabetics usually have to correctly classify the data generated by the blood glucose meter in an analogous manner, enriching it with individually calculated nutritional values to draw their own conclusions from the displayed values. This means, they alone decide whether and how to adjust blood glucose levels.

Potentials for a better UX

This shows: Diabetics have large amounts of data available. Currently, this data is still poorly utilized, and important decisions are outsourced to patients. From a user experience standpoint, this represents a major problem – completely independent of possible legal framework conditions. There is a lot of room for improvement that needs to be exploited. Properly applied user experience methods can reduce the strains caused by the disease. Technologically, it has long been feasible to automate decisions, make suggestions, and present only the amount of information that patients really require.

In the course of digitalization, simply transferring data is not enough. Intelligent communication between two or more systems is also required. A feedback loop between glucose measurement, insulin administration, and involvement of the users significantly improves therapy. It also minimizes stress, which is particularly significant in the context of diabetes as stress often leads to increased blood glucose levels, posing a particular risk. In a disruptive approach, data is not just data, but a raw material for improvement and a great help for all patients to drive diabetes therapy significantly beyond just one step. If the therapy improves, the (statistical) risk of secondary diseases for diabetics is reduced at the same time. 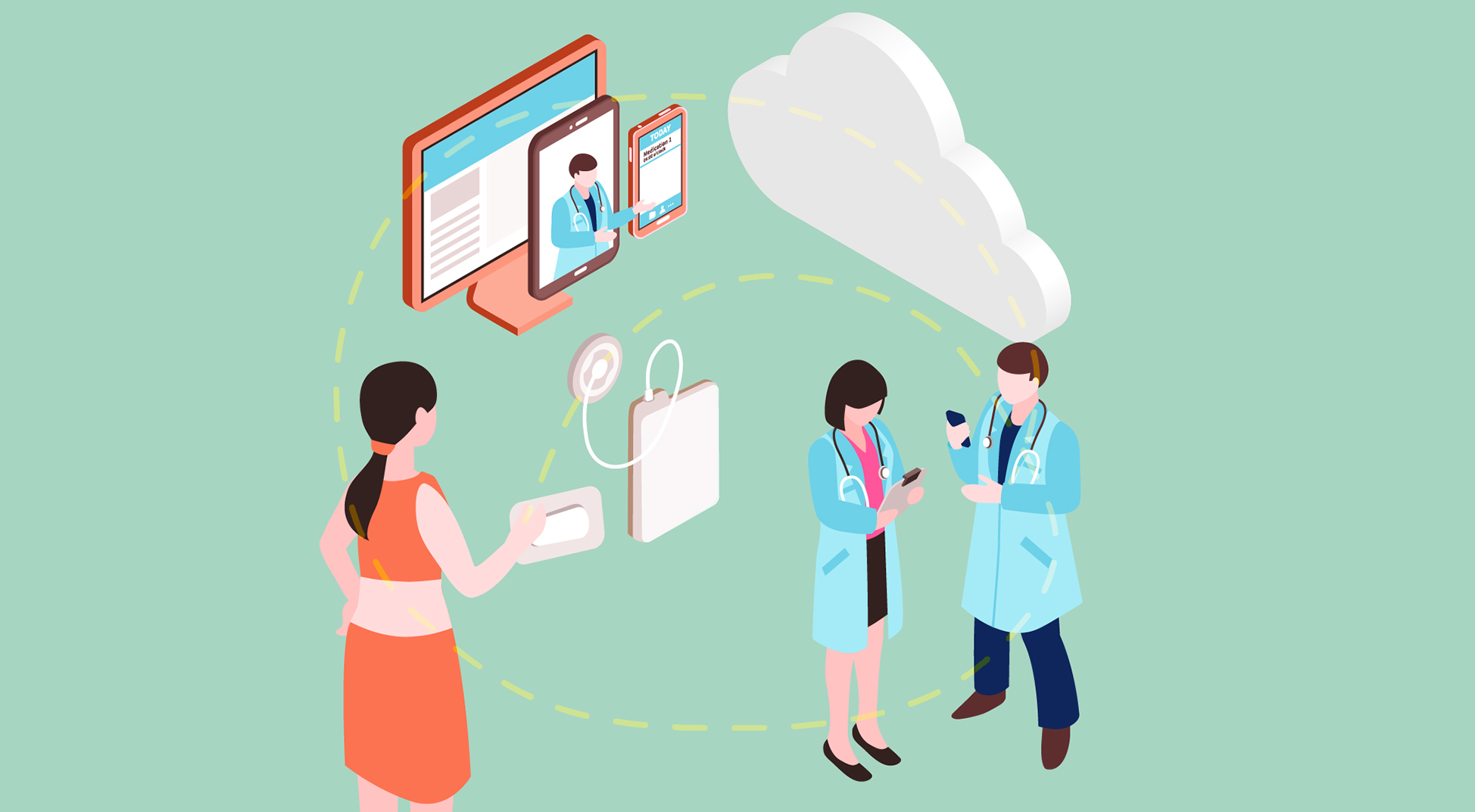 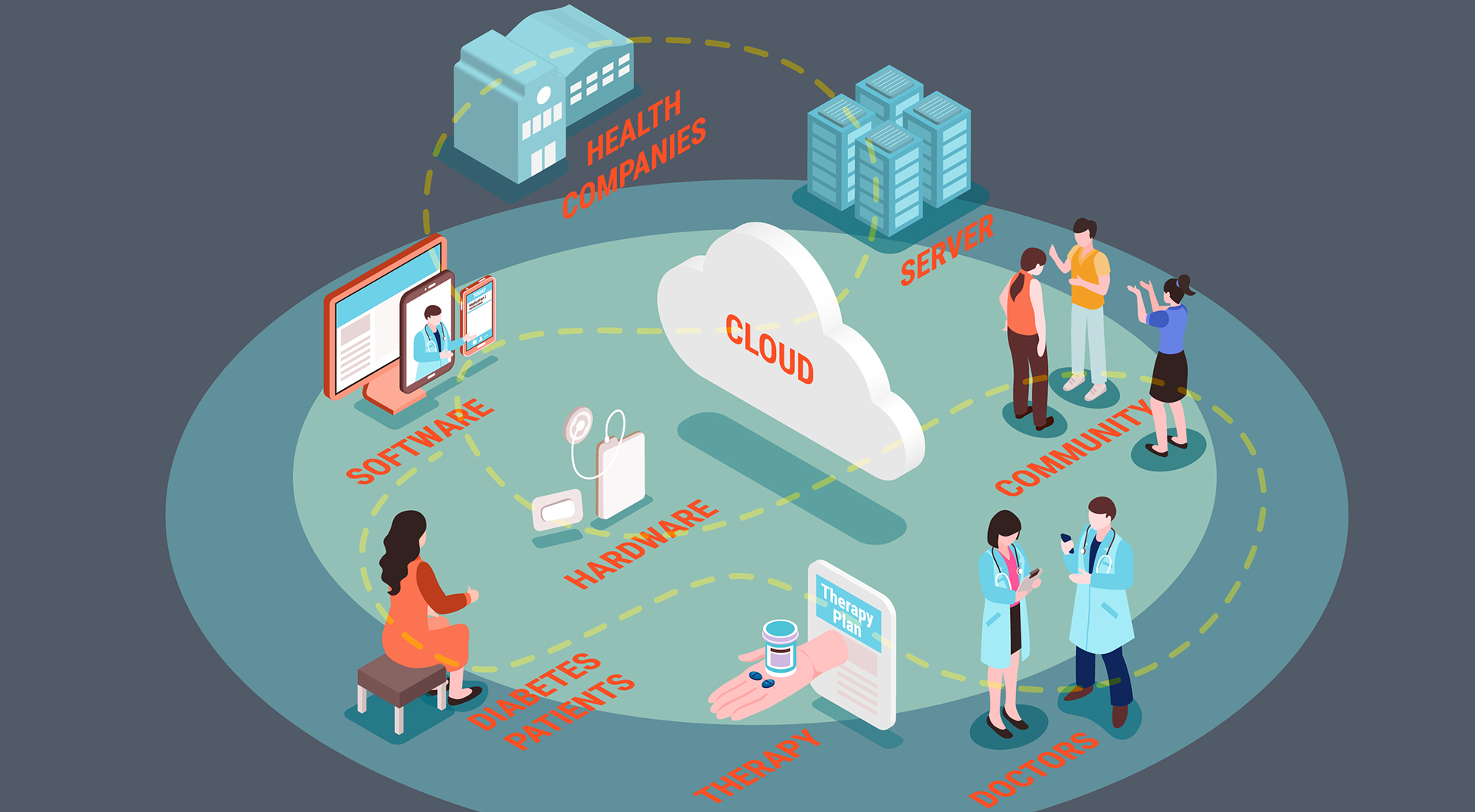 Human-centered product development does not mean iteratively developing products based on a long-defined but now obsolete solution space. Companies rather need to iteratively update the definition of problem and solution spaces and align them with the latest technology. Creative methods such as design thinking combined with customer journey mapping, for example, make the needs of users more transparent and tangible. This results in products that patients really require and prefer. In our projects, our customers aim to remain or become market leaders by developing the best alternative product for their patients. To achieve this, the user and his or her needs must be consistently placed in the forefront.

Want to learn more about how to successfully digitize diabetes therapy? In our trend report, we highlight current diabetes trends from a UX and technology perspective.

Diabetes mellitus is an umbrella term for various metabolic diseases. People suffering from it lack the hormone insulin and/or its effect diminishes over time. This increases the blood sugar level. There are two main forms of diabetes: Type 1 and type 2. In Germany alone, there are currently approximately 8,000,000 people suffering from diabetes mellitus. That is about 7.2 % of adults aged 18 to 79. About 90 to 95 % of them have type 2 diabetes. Each year, 600,000 new cases occur, which equates to 1,600 new cases per day.

Often diabetes – as the German name "Zuckerkrankheit" suggests – is mistakenly reduced to misuse of sugar. For many diabetics, this is a perceptual problem in society. Because it does not do justice to the severity of the disease. Diabetes is regularly accompanied by serious secondary diseases.